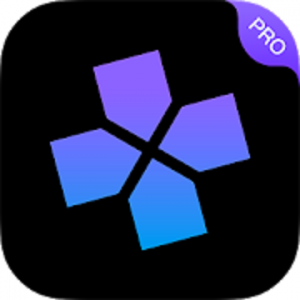 The fastest PS2 Emulator for Android in Global !!!! On Samsung S8 smartphone, the DamonPS2 emulator runs most of the PS2 games smoothly, For example (Samsung Galaxy S8 Snapdragon 835 Inside),

About Game ROMs and BIOS :
Requires players to bring their own PS2 BIOS image and game ROM image to run the game.Due to legal restrictions, we will not provide any game ROM and BIOS image to players.DamonPS2 emulator can only run PS2 game ROM.

Other:
The frame rate given in this paper is the result when the mobile phone is full of frequencies. However, when the Android device gets hot, the actual performance is only 50-70% of the full-frequency performance, and the game frame rate will drop by more than 1/3. This is a hardware limitation, not a limitation of this software.

About DamonPS2 Emulator and PPSSPP Emulator comparison:
We want to create a smooth PS2 emulator as PPSSPP!!!!! But ……, We found in the test, PS2 original machine peak performance is 2 times the peak performance of the original PSP machine.So theoretically, any PS2 emulator needs twice the hardware performance of a PSP emulator if you want to run the game smoothly. In other words, if your PPSSPP Emulator can run the game full frame, then the DamonPS2 emulator game may be running only half the frame rate of full frame.And, because the PS2 original machine uses some techniques to prevent frame skipping, DamonPS2 can not jump frame like PPSSPP.

Special statement:
Trademark and intellectual property and gaming entities such as Game ROM, PS2 BIOS, Playstation2, PS2, PSP, PPSSPP etc, belong to Sony and other game manufacturers. The software does not integrate PPSSPP, so it can not run PSP game

* Added new features:
1. Added dynamic switching function of game control mode. (Portrait mode or Landscape mode)
2. Extend the game progress to 10 entries.
3. Added the function of managing “game ROM” and “game progress”.
etc…
* Fixed Bug :
1. Fixed the bug that the game-poster was repeatedly displayed.
2. Fixed the bug that button to display abnormally due to the “Samsung Game Tuner”.
etc…
We will fix the graphical texture bug within 2 months

MOD :
– Works without viewing ads for coins, that is, you can play as long as you want without interruption to watch ads to get coins, as it happens in the Free version from Google Play.
– All game acceleration settings and debug menu are available.
– Unlocked all slots for saving game progress.
– Available graphics settings and more.

Android 5+, armeabi-v7a and above.
For the application to work, as in the case of the original version, an Internet connection is required, the presence of Google Play services, the absence of root rights and tools for hacking, such as: Lucky Patcher, Xposed and the like, otherwise the emulator will not start, because it has protection which cannot be disabled.