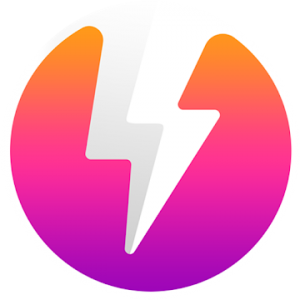 Sometimes your Android phone’s style could do with a bit of a refresh.

Colorful, vibrant, and… circular, BOLT is a new icon pack that will fit well with any dark or light setup. Bolt Icon Pack takes circular gradients and puts its own special spin on it but keeping the emphasis on simple design that stands out from the crowd.

It’s as clean as possible without sacrificing much of the informativeness that an icon should provide.

And do you know?
An average user checks their device more than a 50 times in a day. make each time a real pleasure with this BOLT Circular Icon pack.

There’s always something new:
BOLT Icon pack is still new. This explains why there aren’t a lot of icons present at this very moment.but I can assure you to add lot more icons in every update.

DISCLAIMER
• A supported launcher is required to use this icon pack!
• FAQ section inside the app which answers a lot of questions you may have.Please read it before you emailing your question.

This icon pack has been tested, and it works with these launchers. However, it may also work with others too.In case you do not found an apply section in dashboard. You can apply icon pack from a theme setting.

Extra Notes
• Google Now Launcher do not support any icon packs.
• Missing an Icon? feel free to send me an icon request and I will try to update this pack with your requests.

CREDITS
• Jahir Fiquitiva for providing such a great dashboard.